Background: The regulatory roles of long intergenic noncoding RNAs (lincRNAs) in humans have been revealed through the use of advanced sequencing technology. Recently, three possible scenarios of lincRNA origins have been proposed: de novo origination from intergenic regions, duplication from other long noncoding RNAs, and pseudogenization from protein-coding genes. The first two scenarios are largely studied and supported, yet few studies focused on the evolution from pseudogenized protein-coding sequence to lincRNA. Due to the non-mutually exclusive nature of these three scenarios and the need of systematic investigation of lincRNA origination, we conducted a comparative genomics study to investigate the evolution of human lincRNAs. Results: Combining with syntenic analysis and stringent Blastn e-value cutoff, we found that the majority of lincRNAs are aligned to intergenic regions of other species. Interestingly, 193 human lincRNAs could have protein-coding orthologs in at least two of nine vertebrates. Transposable elements in these conserved regions in human genome are much less than expectation. Moreover, 19% of these lincRNAs have overlaps with or are close to pseudogenes in the human genome. Conclusions: We suggest that a notable portion of lincRNAs could be derived from pseudogenized protein-coding genes. Furthermore, based on our computational analysis, we hypothesize that a subset of these lincRNAs could have potential to regulate their paralogs by functioning as competing endogenous RNAs. Our results provide evolutionary evidence of the relationship between human lincRNAs and protein-coding genes. 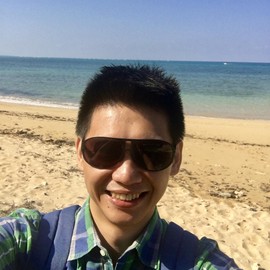